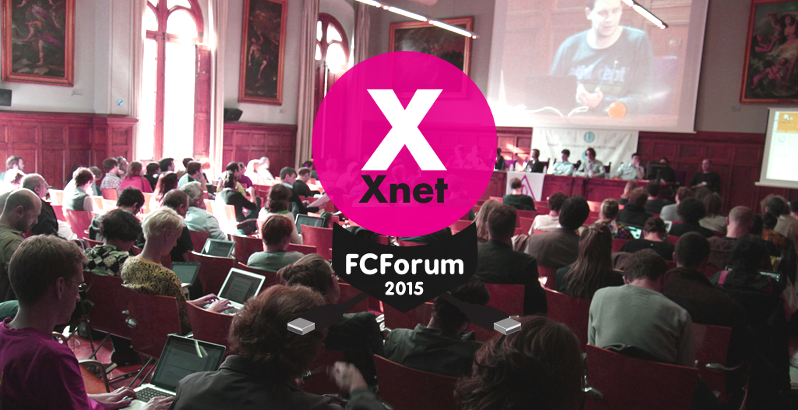 We created the Free Culture Forum, together with the oXcars (the biggest free culture show of all time that will be back soon with an all new format), seven years ago as a response to the criminalisation of free culture and the need to normalise it, the increasing use of the Internet as a tool for social transformation to build a true democracy, and to defend ourselves from the onslaught of the obsolete status quo, still struggling to survive.

When we began, not many of us knew what terms like free culture, copyleft licenses, defending a neutral Internet and participation tools were all about…

Since then, we’ve achieved so many collective victories (we’ve broken up the upper echelons of the SGAE, stopped international treaties, created tools and arguments for the r-Evolution and discredited an obsolete form of government…) and because they’ve been normalised, these themes are now part of the general vocabulary. Seeing the King inaugurate a LAN party makes us think that maybe we’ve gone a little too far :P
Either way, digital culture and the advances that come with it are here to stay.

Each year, the FCForum we have anticipated and dealt with topics that have proven to be vital to the political agenda in the following years: citizens’ right to information, access to knowledge, transparency, collaborative economy, political developments surrounding free culture, access to the public domain, open government, sustainable models for shared culture, tools for self-organisation in the global revolution, pioneering experiences in crowdfunding, networked democracy, new types of political parties, Big Data for social transformation, social and cryptocurrencies, open hardware and design, and more.

This year’s FCForum is called “Fighters & Makers” and it’s divided into two parts where, naturally, the fighters are also makers, and the maker, fighters:

At Xnet, we believe that this is the year to deal with the final frontier in civil rights: the need to protect the paths that exist today to guarantee that all people’s communications remain private, as a human right, and for the political fight against corruption and for a new form of government. For centuries, citizens have been fighting for laws that guarantee our privacy or at least keep the government from using private information against us. Snowden’s leaks have introduced us to a new scenario, with the revelation that governments are not only massively and systematically surveilling their citizens online, but that there are also tools available to us to fight back. Now it’s up to us to guarantee our own privacy and it’s the government that is fighting to pass laws criminalising encrypted communications.

The paradigm of digital manufacturing is changing. From a collection of practices that brought together the fields of research, medialabs and hackerspaces open to the ideas of freedom and autonomy, it has slowly become a reality crossed with commercial interests and products for mass consumption. This transformation threatens the dynamics of research and collective production knowledge with the commercialisation of this heritage, and experimentation is disappearing and being replaced by the production of objects for consumption. At the same time, city councils and public organisations are promoting the creation of programmes for makerspaces, fablabs and similar spaces, integrating complex communitary production with ideas of entrepreneurship and job creation. It is in this context that we propose to analyse and debate these changes, highlighting the communities that have been key players in the appearance of the maker phenomenon and the ideas of free culture that have always been a part of the field.